Early in 2015, Andrea Lauer Rice (author and multimedia producer) and Réka Pigniczky (journalist and documentary filmmaker) founded the Memory Project: Hungarian American Visual History Archive. Funded by The Hungary Initiatives Foundation, as well as Hungary’s 1956 Commemoration Fund and in addition, they had a successful crowd funding campaign within the Hungarian American community. To date, they have traveled to 14 locations in the United States, Germany and Hungary and conducted more than 85 interviews with Hungarian immigrants to the United States following the defeat of the 1956 Revolution and after World War II. This is the Hungarian American Visual History Archive. The interviews have now populated the Memory Project Online and the Memory Project Vimeo site.

Everyone has a story to share that often yields incredible insights into the world and times around them. Stories from the Hungarian American community are no exception. In many ways, these stories of immigration to the US are very similar to other ethnic groups from the European Continent that came after the World Wars. But, the Hungarian community also has a rather unique experience of immigration due to 35,000 Hungarians coming to the US following the Hungarian Revolution of 1956. These immigrants were often referred to as the “cream of the crop,” some of the most active and passionate members of society in Hungary who were involved in overthrowing the Soviet Union for two weeks in 1956. Many were forced to flee. For the Hungarian American community, two groups of immigrants have lived half of their lives in Hungary and the other half in America. These grand elders form the very backbone of this community, and although their story of immigration happened some 60 years ago – after World War II and following the Revolution – in many ways the stories mirror what we hear today from other ethnic communities. 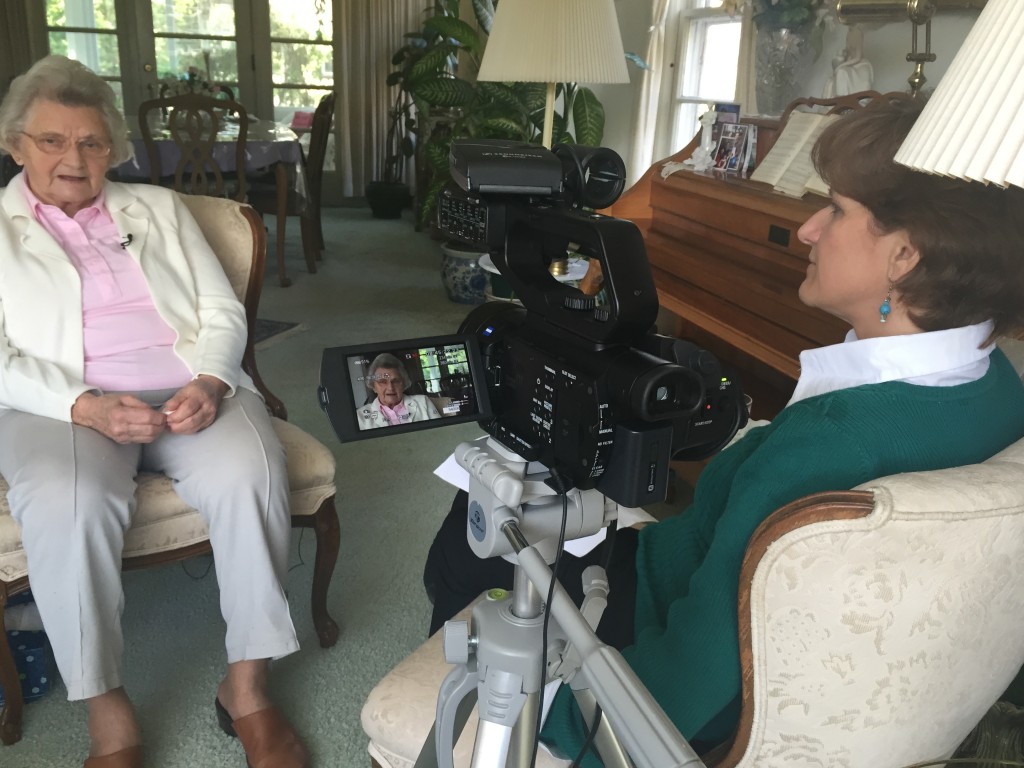 Due to the age of our interview subjects, we are working to document these stories as quickly as possible, before they are gone forever. In doing so, we hope to share these stories with the next generation and shed some light on the story of immigration to America.

Our goal is to have this oral history project become part of a major academic repository in the United States, with transparency and accessibility to all scholars. We are exploring connections with the Immigration History Research Center at the University of Minnesota. To satisfy academic requirements, we would need to increase the number of interviews to ensure there is a representative sociological sampling within the model we designed.

In addition to the academic piece, we are interested in sharing many of these stories with our local community so that young Hungarian Americans learn about their heritage from these personal histories. We have created a Vimeo website to house this collection temporarily and are also sharing content with other relevant sites, such as FreedomFighter56.

To begin the project, we researched the methodology used by the USC Shoah Foundation, Institute for Visual History and Education, to create a series of consistent interview questions to ask each subject. The questions were aimed at learning about life in Hungary, the emotions around the decision to escape or immigrate and the challenges of coming to and settling in America. We traveled to each location, and often through personal connections, scheduled interviews in people’s homes. We have been fortunate to spend several hours with each interview subject, and have been treated to photos, original newspapers and personal artifacts that have not been seen by the public. With minimal editing, the interviews are cleaned up and uploaded to a Vimeo website with a short background description.

This digital storytelling project has garnered international attention, with invitations to participate in conferences and commemorative events and exhibits across the United States and in Hungary and Germany.

We quickly realized this project would be of interest to people beyond the Hungarian American community, as the Hungarian immigrant experience parallels paths and experiences across other ethnic groups. What we have heard in the first round of 35 interviews mirrors the hopes, problems and dreams of other immigrants who come to the United States.

This project differs a bit from other immigrant interviews, because it focuses on three areas:

Life in Hungary before immigration, the personal story of escape or immigration and about the experience of coming to and settling in America. We explore questions of ethnic identity and ways Hungarian immigrants have chosen to keep connected to their heritage while embracing their new country.

Réka Pigniczky, a second generation Hungarian American, is a journalist and award winning documentary filmmaker. Réka has laid the foundation for films about our community with her trilogy of documentary films – Journey Home (Hazatérés), Incubator (Inkubátor) and Heritage (Megmaradni). All three films explore the legacy of the 1956 Hungarian Revolution and the question of Hungarian identity in the US.

Andrea Lauer Rice, a second generation Hungarian American, is an author and producer of multimedia educational tools that teach young people about culture, history and language. Within the community, she has created an oral history website, co-authored several books and produced an award-winning computer game, FF56!, and a graphic novel, Freedom Fighters, about the Hungarian Revolution of 1956.

Réka and Andrea, both proud children of ’56-ers, are active in the Hungarian American community and in raising their children to be proud of their heritage. 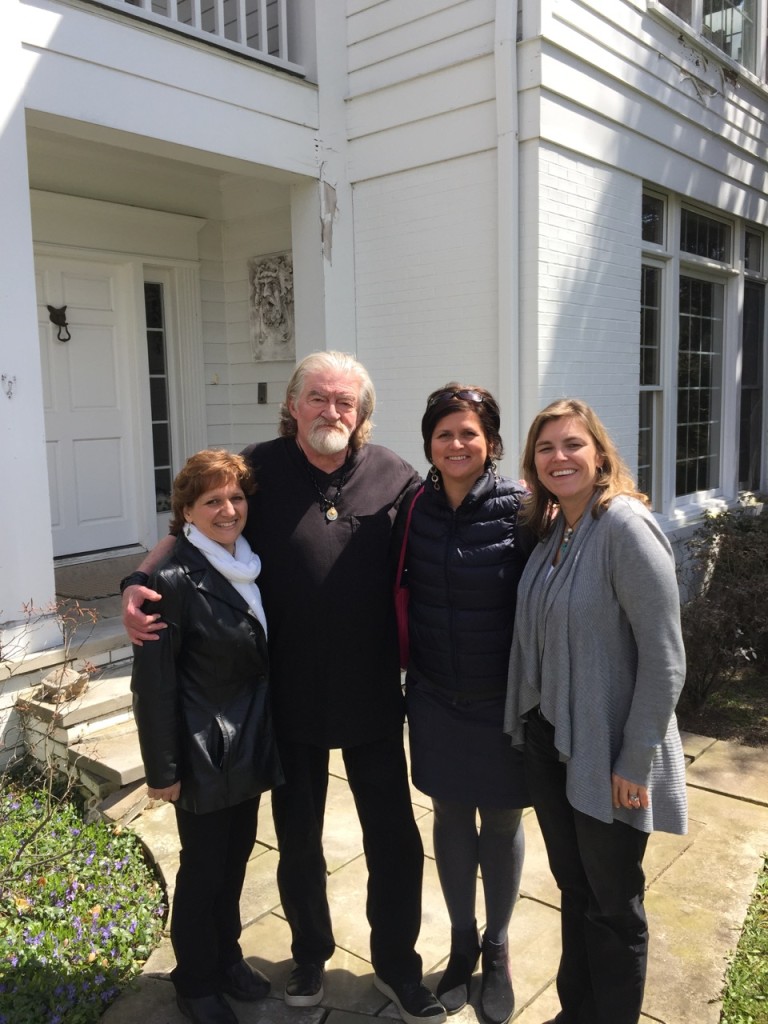 The interviews were filmed in full HD on two Sony professional camcorders (PXW-X70 and AX100/FDR) with professional audio. Lighting was provided (where needed) via a small 3-point light kit. The gear, while professional, is small and the two-person team made the interviews quite personal. Subjects spoke, in most cases, for over an hour, which is due in part to the non-intimidating nature of the film gear.

The team also created a short, 7-minute trailer for the Memory Project. It is a compilation of soundbites from the interviews and shows the nature of the project in a way that lets viewers understand the depth and scope (and importance) of the project without watching all the interviews in their entirety. 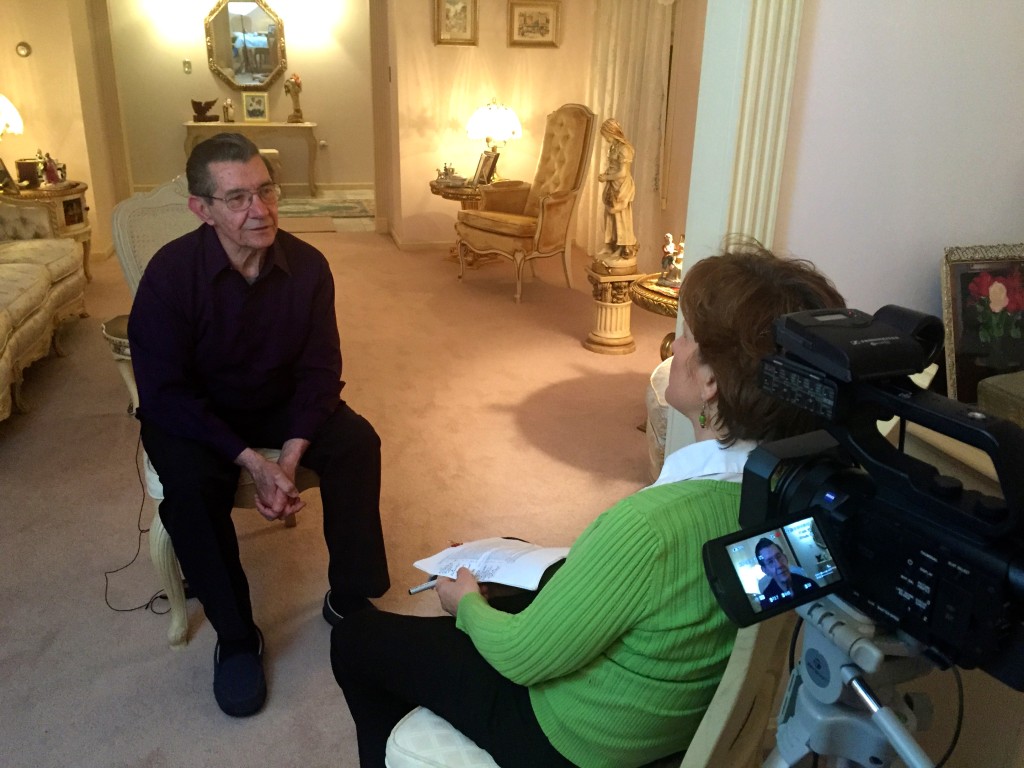 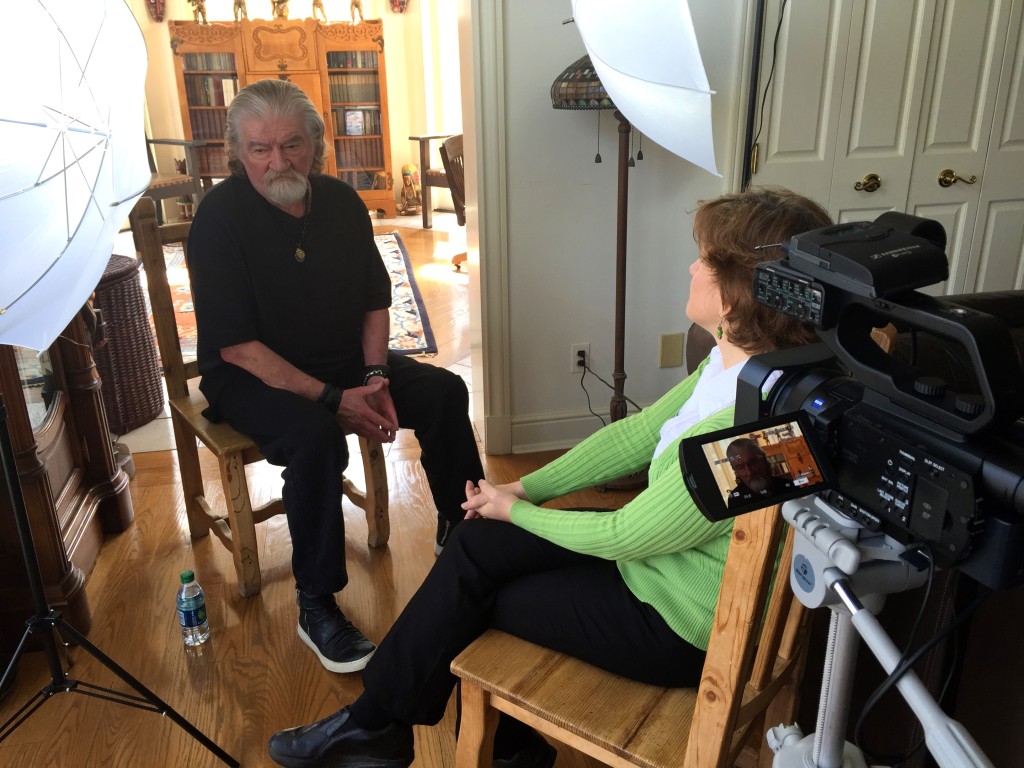 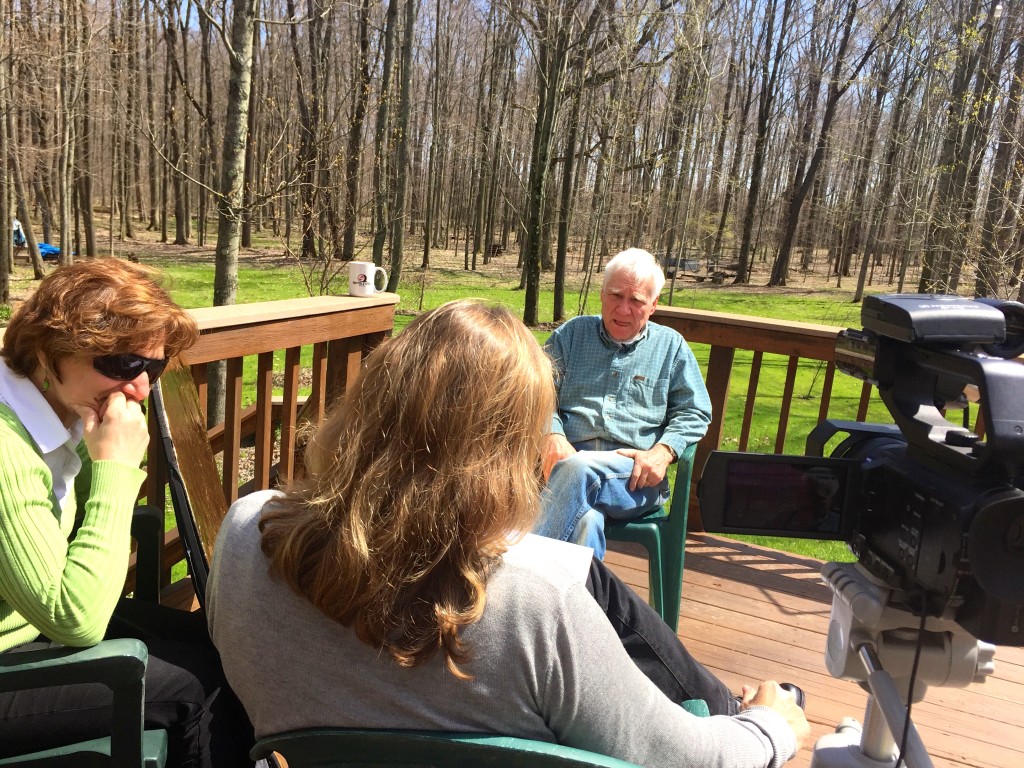 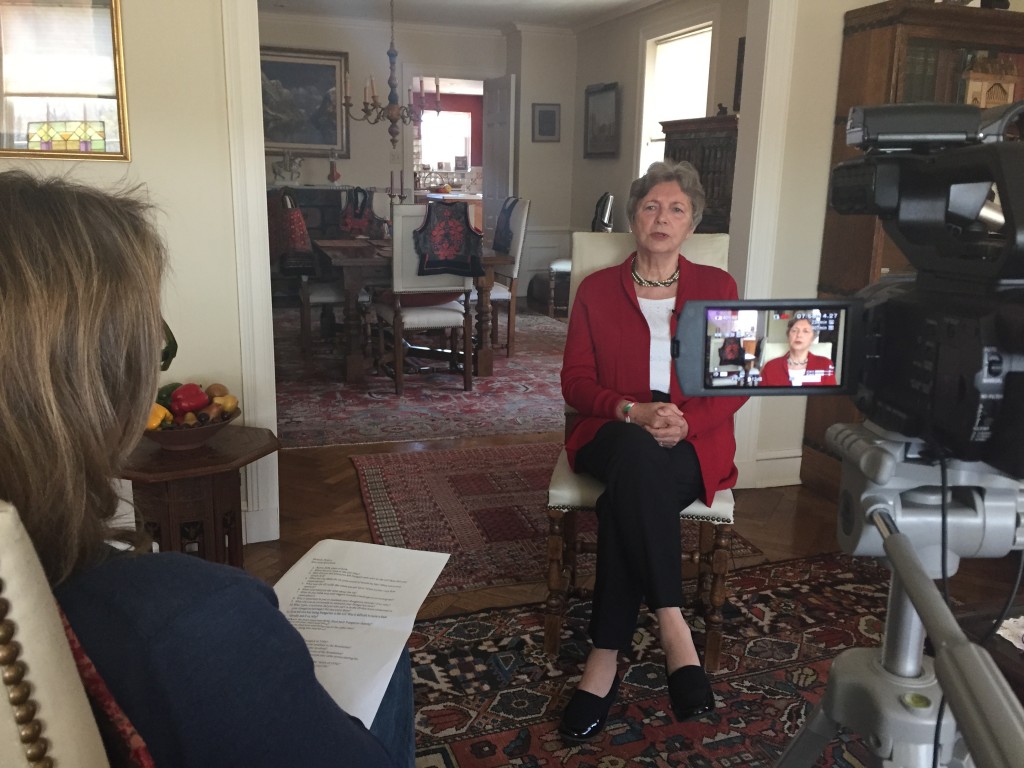 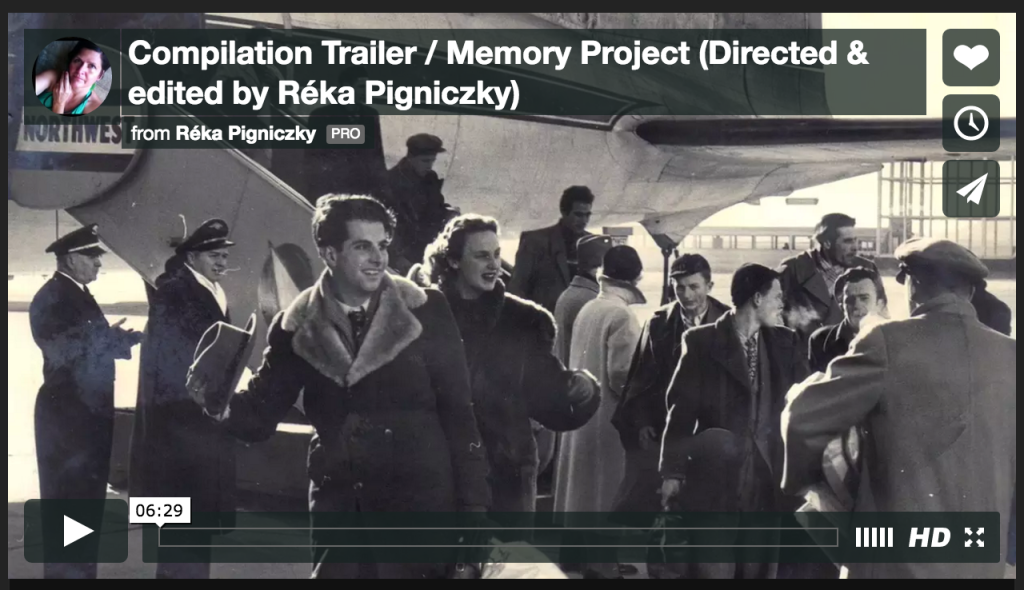 Once we have completed interviews that constitute a representative sampling, we will complete Phase II of the project.

The Memory Project will also work to integrate additional testimonials collected by other organizations to preserve them and make more accessible to scholars, students, educators and the general public.

Includes a plan to share our methodology to allow local communities and family members to conduct their own interviews. This less formal approach, based loosely on the StoryCorps model, will be a valuable tool for the local community to interview more recent Hungarian immigrants as well as provide the tools for the younger generation to learn more about their own family history.

These interviews would not be a formal part of the Memory Project, but we will work with the Hungarian Scout Association, the Hungarian American Coalition, the largest umbrella organization and William Penn, a national organization within the Hungarian American community to provide information on how to create their own project based on our experiences. By working with these organizations, with large memberships and national reach, we hope that the project will continue and enable many generations to come to learn about our heritage and history.

We are grateful for the many people and organizations who have helped sponsor Memory Project. We’ve received grants from The Hungary Initiatives Foundation as well as Hungary’s 1956 Commemoration Fund. In addition, we launched an Indiegogo Campaign within the Hungarian American community and raised more than $25,000.

For more information about the memory project, please email: reka@56films.com or alauer@lauerlearning.com

We are grateful for the many people and organizations who have helped sponsor Memory Project. We’ve received grants from The Hungary Initiatives Foundation as well as Hungary’s 1956 Commemoration Fund. In addition, we had a successful crowd funding campaign within the Hungarian American community.

If you are interested in supporting our ongoing work, please click the Donate button.Thank you for your interest in making a donation to Memory Project. Any amount helps us reach our goal of finishing this important project. And time is of the essence.

The Central EU California Cultural Institute (CECI), based in San Francisco and Budapest, is a 501(c)3 non-profit. Contributions to Memory Project are tax-deductible to the extent permitted by law. CECI’s tax ID number is 46-4227145.
For more information on this organization, please see www.cecinitiative.org.